In the 5th Festival of Appreciation of Consumer Rights Supporters of Kermanshah Province, which was held in the Industry, Mine and Trade Organization of the province, West Cement Industries Co. received a certificate of appreciation and golden statue for the fifth consecutive year. The festival, which is held annually, pursues the objectives of creating healthy competition between manufacturing and service complexes, improving quality to products and services, and creating business prosperity and economic promotion of the province, having an independent brand, having an operation license or a license to operate, having health licenses (safety and health badges for the affected units), having a license to use the national standard of Iran (products included). Mandatory standard, lack of a definitive verdict in the branches of government or other competent authorities in the past year, extensive distribution of goods and services in the province is one of the conditions of the festival and appreciation of the production units.This great success seeks to be the top exporter and exemplary in the year that is decorated in the name of the year of resistance economy, production and production as another golden leaf serving the big family of western cement and all the efforts in the field of production and industrial Congratulations and congratulations. Be happy and win pr West Cement Industries Co. 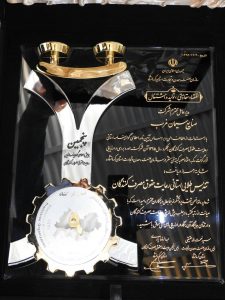 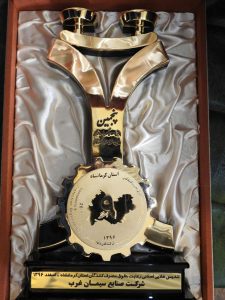